Get fresh music recommendations delivered to your inbox every Friday.
We've updated our Terms of Use. You can review the changes here.

by Too Much Joy 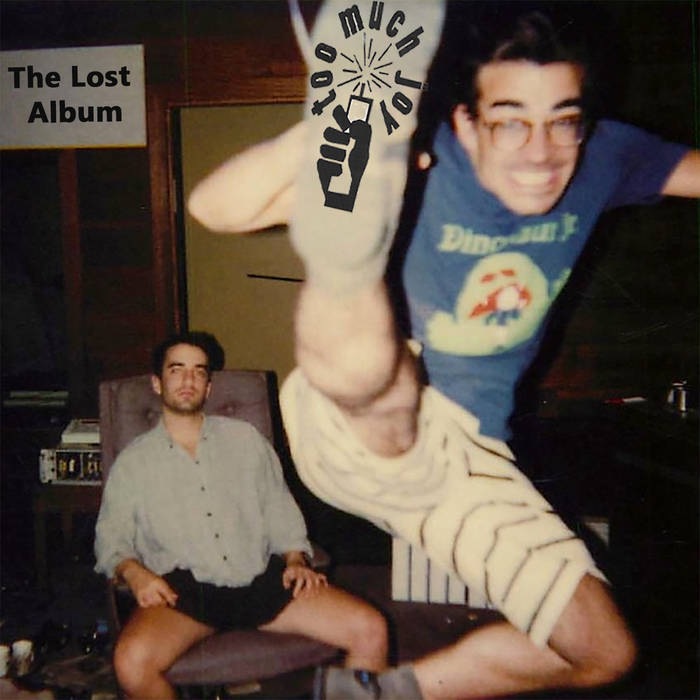 We recorded dozens of songs after finishing the touring for Mutiny at the beginning of 1993 and the day Sandy left the band in the fall of ‘94, and while many of those eventually came out, either on the re-release of Green Eggs and Crack or the Gods and Sods collection, they never got assembled as they might have sounded in their own coherent package. So here we’ve combined those cuts with the original, unreleased versions of 6 tracks that wound up on …finally. All of them feature Sandy playing his Status bass and singing.

The original plan for album 5 (in Tim’s head, at least) had been to open with “Secret Handshake” and end with “Even the Queen.” What would have wound up in between those two is anybody’s guess. At least two of these probably would have been cut, and the order would likely have been different after the band argued about it for a while, but this is a reasonable approximation of what the denizens of an alternative universe got to buy at Tower Records (perhaps, in that alternate universe, Tower Records still exists).

Taken together, you get an odd mixture of bliss and resignation that feels quite a bit different from the loud-fast-still-rules vibe of …finally.

Produced and mixed by William Wittman for Weedy Wet Productions

Too Much Joy Scarsdale, New York

TMJ is/was a punk-pop band of some minor renown. Some of that renown was due to their music, which included semi-hits such as “Crush Story,” “Donna Everywhere,” and “That’s a Lie” — a cover of the LL Cool J tune that featured the man himself in the music video, which actually got played quite a bit during daylight hours on MTV back when they did that sort of thing. ... more

Bandcamp Daily  your guide to the world of Bandcamp

Semiratruth joins the show to discuss their latest release, "loading..".